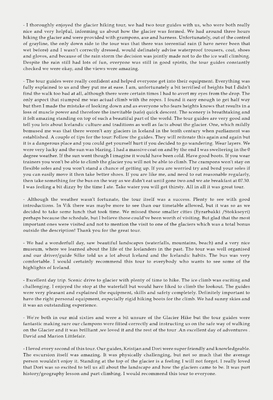 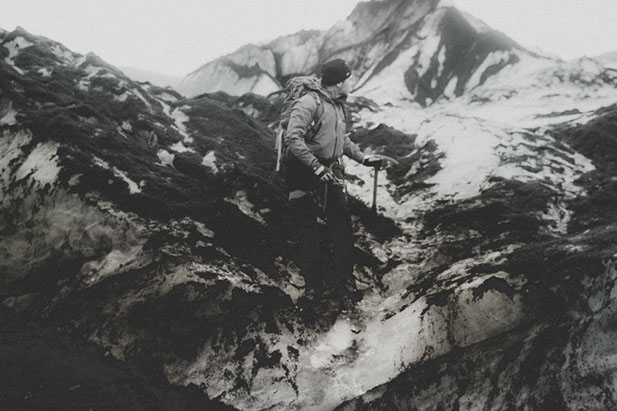 The installation entitled Desvios was developed during the Artistic Residence at LabMIS Photography, at the São Paulo Museum of Image and Sound (2013-2014). The initial project had as its premise the investigation of a Landscape in Distension, a term that I tried to develop without a proposal of punctual conclusion, considering the breadth and unknown territories that cover the notion of landscape.

The verb 'to distend', here, has not only the sense of enlargement / extension, but contains in itself its opposites: contraction / reduction. In this perspective, the idea of ​​landscape in distension encompasses the singularities of possible movements: extend / extend / stretch - reduce / contract / loosen. The character of movement attaches so much to the landscape genre - with the enlargements and reductions of its already established cultural values ​​- as the hybrid form of photography and painting - with its contractions and extensions.

Searching for an intermediate point between the photographic plot and the pictorial space of representation, I tried to interweave poetic forms and contexts that could affect and amplify the landscape - medium - perception relation. The pictorial activity intertwines with the landscapes produced by the photographic device, which at times is reproduced mechanically and, in other cases, executed manually to be presented as photographs. More than the mimetic and realistic comparison that can interweave the means, is to find the hybridism of the forms and the dilution of its specificities, that potentiate the speech or object portrayed.

In the dialogue with the distension of languages, the landscape also moves, expanding and building a relationship with the other in the face of the fictional context. In the image, the presence (or absence) of the human figure forces us still to a point of view, to a way of inserting itself in the space. In these specific works, the landscape genre assumes this displacement of the gaze through the bias of contemplation, where emptiness and silence incites us to (re) positioning in relation to the world.

"PLACES. The landscape is never realized without a look that delimits a fraction of the world. It is therefore a place that depends on a gesture. This landscape is composed of a counter-place that we call a point of view, from where space is organized, placed in perspective. It is insufficient to think that the eye occupies this point in a static way, as much as it is a mistake to suppose that the photographic image is realized in an instant. It is necessary to adjust the vocabulary: space is a physical territory. It becomes a place when a sense is projected onto it, when it becomes a symbolic territory. Once trimmed, the space remains there. The meaning not. Because the place from where the image is thought is always a process that falls short and beyond that instant of taking. Then the point of view unfolds on the way. As a cardinal point, a reference that never lies where you are, is always a direction to follow. The place is this space disturbed by the instability of the gesture that gives it a meaning."

Extract from the exhibition catalog Sobre lugares e gestos | May of the Photography of MIS 2014.